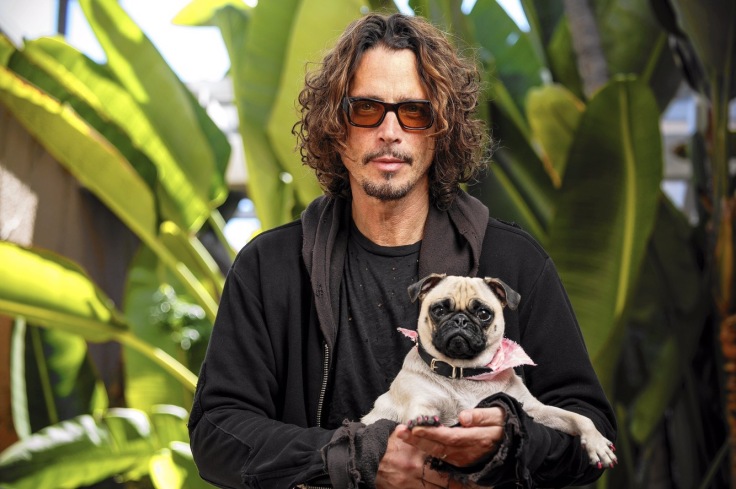 The first time I heard the song Flower by Soundgarden I shit my pants. I lost interest in hardcore and punk rock after I graduated high school. Nobody was doing anything new that interested me anyway (I’ve since gone back and discovered a lot of good stuff I missed in the 90’s but that’s words for another time) I had taken a break from “classic rock” and traditional metal like Iron Maiden, Judas Priest, etc while spending a good chunk of my teenage years immersed in the hardcore scene. The first thing I thought of when I heard Flower was the intro to the song sounded like Led Zeppelin with Morrissey moaning along for a couple measures. And then it kicked in and it was all Led Zeppelin, or something. I couldn’t put my finger on what it sounded like. It was new and fresh and that was the moment I discovered this whole other world of music that started happening. Soundgarden were at the very top of this world, no question.

I can’t think of another band I have seen in so many different size venues in Boston and beyond, from The Rat, The Paradise (with VoiVod and Faith No More!), Avalon, Axis (with COC and Danzig!), Worcester Centrum with Guns n’ Roses, Hollywood Palladium with Monster Magnet, Great Woods in Mansfield, MA at Lollapalooza and probably a couple more I’m forgetting. They seemed to always be on tour in the 90’s, I never missed them. That first show at The Rat after Ultramega OK came out, Kim Thayil stood out to my brother and I. We thought he resembled Tommy Chong, and of course they then ended the show with a cover of Earache My Eye. As amazing as Cornell’s voice was, it didn’t hit me right away. The music and riffs were what I really dug. That changed when Louder Than Love was released and at the next show I saw, at Axis. They opened with Beyond the Wheel and Cornell’s voice was out of this world. That song is made for him. It’s one of those songs nobody should ever attempt to cover. If he was away from the microphone or when it went out his voice would still carry throughout the venue. And this band was fucking loud. They closed that night with one of my top three songs by them, the “doomy” I Awake. I shit my pants again. Every time I saw them after this show my eyes never wandered further away from Cornell. That voice, and even as a heterosexual male, let’s admit it, the guy was obviously pretty easy on the eyes. I never got to see Led Zeppelin, Soundgarden fast became my Led Zeppelin. A larger than life rock band that was loud, sexy, perfect in every sense.

Up to Louder than Love the lyrics on Soundgarden records didn’t connect with me that well, there was always a mix of humor and clever lines like Hands All Over’s environmental “you’re gonna kill your mother” line but nothing mind blowing. When Badmotorfinger came out that changed for me. The lyrics on that record connected to me, they were smart, sad, hopeful, funny, everything my 20 something Stussy hat sporting self needed. Mind Riot and Slaves and Bulldozers immediately come to mind as ones I wish I wrote.

I am at work and can’t really spend all morning writing about Chris Cornell and how big of a deal he was to me, but reading the number of posts from friends who also spent a good amount of their life loving this man’s music I felt like needed to get something out of myself. Every post and little tribute has been refreshing to see in a week of generally crappy things to read on the internet. It took me the entirety of their existence to figure out how and why I loved this man and his band so much. It was and still a long fruitful relationship that has aged well for me. All of their music (Okay, I never liked Spoonman, not to be that guy but) is still listenable, and the reissues they have been releasing have reawakened my interest in them. Thanks to a number of unreleased tracks on all of them you can see how Cornell put some of these songs together and why he was such a monster songwriter and top tier musician. Some of these bigger musicians dying the last few years (Bowie, Prince, etc) have been sad, but this one got my eyes watery this morning when I saw it on the TV in between stories about how sunny and warm it was going to be today and how surreal and sad the government is right now. Cornell was on a Lennon/Townsend/Jagger level for me. On a positive note I still have hours of timeless music to listen to escape to.

One thought on “Woke Up Depressed”