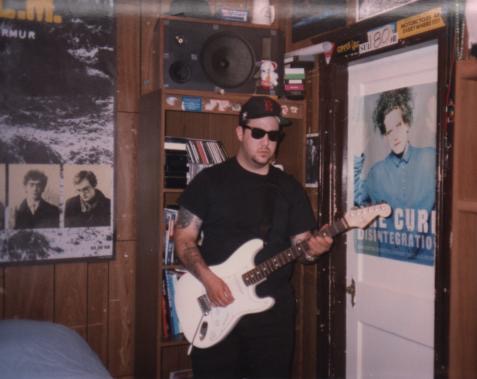 “Umm, no we never did that”

(Are we really having this conversation?)

(I mean also because the first time you kissed me was three minutes after we finished a half-drunk game of Yahtzee. Well, you were half drunk. I was drinking Sprite. You had your hand in a bag of sour cream and onion potato chips that you had been snacking on throughout the night. If I know potato chips, they leave behind a lot of remnants in one’s mouth. So I still have vivid memories of that first kiss, where I was transferred some of the remnants of said sour cream and onion potato chips. The landlord thing was certainly part of why we never had sex, but I didn’t want to bring up the chips while you and your friend were coincidentally sharing a basket of tortilla chips)

“Oh okay, I wasn’t completely sure”

(How do you not remember who you’ve had sex with? Also, in retrospect, that’s kind of an insult! I can remember the women I’ve been with, fooled around with once, dated briefly or for years. A good chunk of those women, are connected to The Cure and my history with that band so it was no surprise a random girl I dated for a month almost a decade ago would pop back into my head the night of a Cure concert)

My friend Michelle sent me a message a few days before this show saying she may have an extra ticket and if so I can have it, and if I’ll drive. Deal. I tend to never get tickets when they go on sale at this point. There’s no real reason to, especially with all the buying options out there, and friends on social media going. If you can’t find a ticket to a concert the week of in 2016 you’re not trying. Also, I’m never dropping however much money people spend on beer and drinks at shows so I’m willing to pay a bit more for a ticket if I need to.

Michelle and I got to the venue early and grabbed dinner nearby. We’ve been friends for a few years online, met once in person while I was working the door at a bar six months ago but never hung out so it was nice to be able to drive and chat and sit down to dinner and chat instead of meeting up at a show and not having time to talk. She is similarly minded as me I think, and is hilarious in person as she is online. It’s good to have friends like this.

There was a woman sitting to my right alone who at one point ordered two drinks. At one point I look up and approaching the table is a girl I recognize immediately as the sour cream and potato chip girl. I have no idea what her name is at this point. I struggle with the guilt of this lapse in memory later as I judge her for forgetting if she had sex with a particular person. When I realize forgetting someone you played Yahtzee with isn’t that big of a deal I move on. Emotionally. We exchange pleasantries, she even says her name for some reason, probably sensing my lapse. I introduce her to Michelle

“This is my FRIEND Michelle”

We get to the venue and of course run into Yahtzee woman and her friend again who are sitting in THE SAME SECTION AS US. That’s the last interaction we have with them.

Just as that is happening the band is suddenly on the stage and you can hear some sort of noodling around on stage for a few minutes. I think it’s maybe some sort of pre-recorded thing playing and then realize they are opening with “Open” from 1992’s Wish. I posted about them hopefully opening with this on Facebook earlier in the day so that was exciting. I mean not really but it was a tiny personal victory I celebrated inside my head alone in a venue surrounded by thousands of people.

They followed Open with five songs from what may be my favorite Cure album, The Head on the Door. It was the first record I heard by them, it’s short and has catchy pop songs and just enough darkness to at least place it in the top five essential albums in their catalog. When I first heard the record I was heavily immersed in the hardcore scene, especially what was happening there with all of the new more metal sounding bands like Corrosion of Conformity and D.R.I. The Cure was a quirky thing for me at the time. I wasn’t married to hardcore and metal, I grew up loving The Beatles and later on Squeeze and Joe Jackson and The Clash so the Cure was kind of natural for me. I think this era of the Cure is right before they would get the badge of being that band you put on a mix tape for the girl at the book store, or the band you were a sad sap for listening to. That wouldn’t start happening until the next record, Kiss Me, Kiss Me, Kiss Me.

This was also around the time I was dating my high school girlfriend I was with for about two years. After getting burned by my first girlfriend in junior high I was a slightly paranoid boyfriend. I was one of those dudes. It was early in life and I’m not even remotely like that at this point, but yeah I could get jealous.

My brother got tickets to see them at the Orpheum in October of 1985. October 25th to be exact. My girlfriend mentioned a party her and her friend were going to the same night as the show. The party they were going to was being hosted by a boy her and her friends thought was cute. I can still remember him. He was that weird quiet misfit kid. Like the one in that movie American Beauty who films the grocery bag. I was bummed she would be going to this party so I tried getting out of going to the show but couldn’t. And of course nothing happened aside from me being able to be that obnoxious guy that says things like “Oh, cool, yeah I saw them in 1985” Hanging out with that high school girlfriend years later she did admit that her and the weird quiet misfit kid had sex after she and I broke up which was a horrible thing to tell a person.

Back here in 2016 they follow the dark and brooding Sinking with three songs in a row from Disintegration (Pictures of You, Closedown [like on the album] and Fascination Street) and then on to Hot Hot Hot !!! from Kiss Me, Kiss Me, Kiss Me

Kiss Me, Kiss Me, Kiss Me (God I’m sick of typing that out over and over. Wish they played more from Wish, or Faith) was a soundtrack of a whole crush I had on a girl who turned out to be my cousin. I swear I can explain. She was a cousin as her aunt married my mother’s cousin. This would have been around a year after Pretty in Pink came out (February, 1986) The Cure album with too many words in it came out in May of 1987. Me and, I’ll call her Elizabeth became friends when my uncle introduced me to her at a family event. When I found out she wasn’t related by blood it was over. She became Molly Ringwald. Had red hair, wore those hats, may have even had “The Rave-Ups” written on her book cover (doubtful) for all I know. We spent many nights driving around Swampscott and Nahant, Ma parking and listening to that album. I was a scared baby with this kind of thing so I never made any kind of move at all. Neither did she and we just remained friends.

A couple of years later we would go to a Cure show together, it was the Disintegration tour, well “The Prayer Tour” I had seen them a couple of more times and was going to both nights. She went with me one night and I went with another friend or maybe my brother another night. The night we went at one point in the show I was yawning and my eyes got all watery. I consciously thought that if she looks at me she’s going to think I’m crying. And low and behold the next day she told one of her friends about it and they told two friends, and so on and so on…I get told by a friend “Hey dude Elizabeth said you were crying at that Cure show”

The band bounced around their immense catalog of music throughout the remainder of their thirty-one song set. Once you get rid of any kind of disappointment you may have if they don’t play a particular song, seeing The Cure is always an amazing treat live.

I was hesitant seeing them in a hockey arena as the last place I saw them was in a nice old theater in Los Angeles (performing their first three albums and a host of other rarities) and it was probably the best time I’ve ever seen them. I was by myself at that show, thousands of miles away from seeing anyone I know, far away from Molly Ringwald and Yahtzee girl. This show here in 2016 was just as important, and if it ends up being the last time I see them it at least has an amusing bookend to it running into that girl, and spending the time with a good friend, meeting a few new people and seeing other friends.

Also, because of how we were sitting (me on the inside, and Michelle on the seat closer to the aisle, with me facing the stage and her essentially behind me) she didn’t see me get a little misty in the eyes during Just Like Heaven.