Dating in Your 40’s: Keep Calm and Wear Flip-Flops 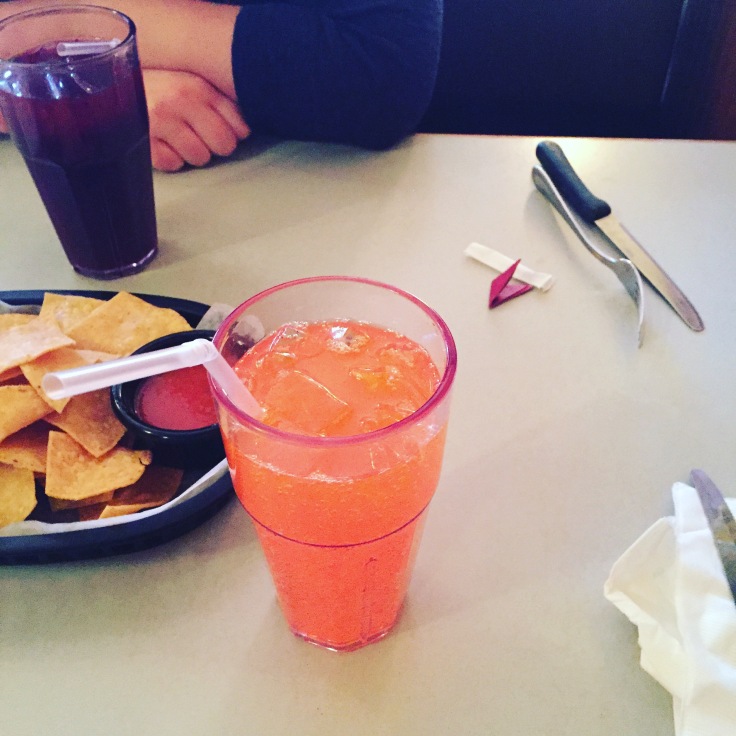 “So, you’re 50 right?” I asked the woman sitting across from the pizza we were splitting

“Oh, my bad…this pizza is pretty good though huh?”

This is just one of many awkward exchanges I’ve had with women I was trying to date or date while in my 40’s.

Dating in your 40’s is one of the worst experiences I’ve had to deal with, which is mainly a result of my neurotic personality, but also because at this age, especially late 40’s everyone deals with loneliness in a different way. Some deal with it by going on a number of dates with people they’d never associate with in “normal times”, some deal with it by just seeing if they can arrange a date with someone and then canceling at the last minute. Like some sort of crack highesque self-esteem boost. I feel like I have fallen into both groups.

I wrote about actual specific dates in this blog a while back which went over pretty well. I imagine some of the stories both horrified and amused anyone who read them. Aside from a three-year long relationship, a one-year long distance thing and a six month one I’ve been single for most of my 40’s. I actually don’t mind the periods when I’m single. Not having to text someone trivial shit like “I just left”, and multiple “How’s your day going?”’s every day is a key to a less cluttered mind. Having to worry about saying the wrong thing all the time. It’s not like when I’m in a relationship I dread this kind of stuff or are even conscious of it, but the absence of it glares pretty bright.

The two main ways to meet women for me have been 1) Online dating sites, 2) mutual friends introducing you, or having a friendship turn into something else. The second one seems to be the more successful one. When things start to escalate it can be a little overwhelming in a nice way at first, once things start REALLY escalating is when you have to be careful and take note of things you normally wouldn’t think of. I love tits, any size really. But if a woman sends me a picture of her tits and I can see a prescription bottle in the background, the first thing I’m doing is zooming in and making sure whatever it is doesn’t start with the letters K or X. This doesn’t really happen to me as much as that little scenario might make it sound like, but the background of these pictures is just as important as the “business” For instance if a woman’s profile has two different pictures that are clearly in hotel, sorry motel rooms you probably want to keep moving. When your profile has pictures of you and your two sons who both look like Mike The Situation, I probably am never coming to your house. I don’t know if those pictures are just a proud parent showing off her children or some sort of passive aggressive “you don’t want to cross me” thing. Either way, I’m not interested. True story: A woman had multiple pictures of her son in one profile and in every one he sported a crooked baseball hat and an ICP “Hatchetman” necklace. Sorry I don’t want my penis anywhere near something that made a Juggalo. Is that so bad?

Dating outside your comfort zone is okay for a little while, but ask how okay it is when you’re getting a blow job in some woman’s condo across from a framed picture that says “Keep Calm and Wear Flip Flops” Believe me, it’s surreal. I’ve always thought having a ton of stuff in common was overrated. Like music, one of the biggest parts of my life, since I was a kid, it’s framed who I am, led me to meet most of the lifelong friends I’ve had and always been there for me. Accent on ME. I don’t really want to date a woman who loves my favorite band The Rolling Stones. I don’t want to potentially ruin Sticky Fingers because it suddenly becomes me and my girlfriend’s “album” On the other hand if I met a woman not into The Stones and she wants to learn about them I may point her in the wrong direction on purpose. “Yeah so you’ll want to start with Emotional Rescue, their best album” Let her ruin one of those records (FTR I like a good chunk of Emotional Rescue, maybe I should have said Voodoo Lounge or one of those later ones, except their last one, a Bigger Bang which was great. People seem to like Steel Wheels and Bridges to Babylon but I’m far past them at this point and will probably never even give them a chance. Also for years I always thought Tattoo You came out before Emotional Rescue because it’s such a good record. Like how great would that run of albums looked if they had been in a row, Beggars Banquet through Tattoo You. Oh wait Black and Blue is in the middle. Okay so take out half of Black and Blue and half of Emotional Rescue and fuck what a run of great music they had. Your favorite band pales) You can also ruin meals if you go to the same place for dinner all the time or get take out from the same place. Anyone else ever cry over a chicken sub years later they used to get with their significant other? I’ve never done that, come on.

Dating in Massachusetts seems to be a little easier than dating in LA was when I was briefly there again last year. I went out with a couple of women who I somehow convinced dating an unemployed broke guy who lives on his father’s couch was a good idea. The first woman I went on a couple of dates with was Mexican, a very nice girl, definitely girlfriend material. Didn’t smoke, do drugs or drink. All great traits in a woman. I left out that I had one of those medical marijuana cards, but it never caused a problem. The first time we went out we went to one of the many nice public parks in Los Angeles and talked for hours. At one point she asked if I knew any Spanish and I replied “The only Spanish I know is what’s on Mexican food menus and what they say in Cypress Hill songs” My slight racist comment got a chuckle anyway. The next time we hung out she invited me over for dinner. She was cooking for her niece she was watching for the night. We’d spend time alone later when the child’s dad (her brother) came home. The anticipation driving to East LA from the valley was high. “An actual Mexican person is going to cook me dinner. This is going to be great” So she cooked turkey Hamburger Helper, boxed scalloped potatoes and some dry Jiffy corn muffins. We hung out a few more times and always had a good time, but I moved away so that ended.

I went out with another woman twice, once to a bar where I had maybe $11 in my bank account. She “forgot my debit card” and was trying to figure out how to pay, or have me say “oh I’ll pay” She was a regular there so the bartender told her she could come back the next day, but the fact that I couldn’t just pay the bill was embarrassing for both of us. She owned a house with a pool and I got to swim in the pool one day, and that was the last I heard from her. Holy shit that pool ruled though, it was in the 100’s that particular week so it was nice to just sit in the water for hours and talk about my ex-girlfriends. Which is what I realized I was doing when I was driving home at 9:30 PM

I wasn’t ready for a relationship, and realizing I was wasting the time of any woman who came into contact with me got to me so I took my online dating profile down and stopped.

I’m (mostly) settled right now and recently single again. I briefly thought of doing online dating again, put my profile on again and met a couple of women in person. The first one was literally standing in the parking lot of a Subway where you could smell that bread. You know how when you walk into a Subway and it just smells like yeast and mayonnaise? So I met this woman outside, we were going to just talk and go from there. Right before I got there a car sideswiped a motorcycle, right in front of her while she was waiting for me. So the entire time we were talking, two hours or so, there was a guy on the ground with EMT’s around him, a smashed car, overturned motorcycle, just disaster. So that was a surreal first “date” She assured me she wanted to see me again and I never heard from her again. The second was someone much older than me and who when I didn’t reply to her text message in a certain time frame she sent me a message that said “Hey Christian just wanted to let you know I’m gonna move on. Take care” Move on from text messaging each other for two days? That was also my cue to move on. Step away from looking for nothing. I love coming home to my new place alone. Not involving myself in trivial daily games with someone. A bitter jaded view of love and relationships? Sure, but what else is there? Someone always comes along and saves you again every few years. For now I’ll continue to enjoy Sticky Fingers by myself.

(Note: Sticky Fingers while an amazing record front to back, is not my favorite Stones album. In the slight chance a future girlfriend is reading this I’d like to keep that information confidential)