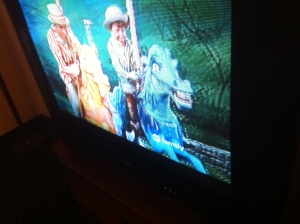 “John Travolta’s Facial Hair in the Film ‘Swordfish’”
I pissed out what seemed like a gallon and a half of beer, and then got in my car. The drive home was intense and dangerous. Art Bell telling me that people spontaneously go invisible. I took the barrel of the 9mm and pointed it at the woman and her son driving by me in the mini-van and lit another Kool.

“Oh, I Didn’t Realize Your Parents Molested You”
So when we arrived at the apartment of Timmy and Jenni I initially thought we were going to be surrounded by thieves and men with insurance plans; instead, we were surrounded by good drugs, and good jazz music from the late 70’s. One wants to believe that Timmy would not have good music, but for the remainder of the night we discussed how great the tone of Pat Metheney was in this particular year.

“A Visibly Drunk Liza Minneli Being Eaten by a Giant Orange Scorpion with Wings”
The first time one hears the song “the Magic Power” by “the other famous trio from Canada”, Triumph, one is filled with such a feeling of hope, you literally feel like Rik Emmett is going to jump through the speakers and give you a big hug. Hi, my name is Christian, and I am addicted to rock and roll music.

“The Drive Home to Your Wife After You Pay For Sex the First Time”
Oh how I enjoy that crisp wind that blows brown and bright blue air all over the world in the fall here in New England. Right now, the tail end of a winter I didn’t experience and it feels fresh and nice outside. I need to move myself somewhere good. Yeah I said this and did this already. Wait what?

“Adults Who Think Vampire Stuff is Cool”
I love fucking cole slaw, love it, absolutely love it. All of the cold “pre-made” salads are great too. My wife made this wonderful potato salad last week. I ate it all week at work. Her sister makes a great macaroni salad. I once knew a man from Ohio who made some pretty intense bean salad that was just delicious! Fuck I love it all! Fuck!

“The Ticket to the Jethro Tull Concert in Your Wallet While You Get Arrested”
I remember going to this day camp when I was a little kid. One weekend, they had a sleep over. I didn’t want to sleep over. I don’t like sleeping outside to this fucking day. I was supposed to meet a couple of friends in the middle of the night to get in trouble or whatever. The next day when I showed up, this big kid Kevin, his Kiss belt buckle glimmering in the hot summer of 78’ sun says to me “where were you last night?”. He was going to beat me up for not showing up to do whatever we were going to do. One day I fell on the trampoline and hurt my head crying and yelling, I felt paralyzed and freaked out. I think this is why I have problems in general now.

“Last Friday, When We Quit Smoking Cocaine”
Last night I dreamt that I was swimming in the ocean with a German Shepard, I was worried that my wallet was going to get wet so I asked him what to do, he said we couldn’t do anything, and to worry about it later. Great, talking German Shepards in my dreams now. He was cute. I have no idea what we were doing in the ocean, as I steadfastly refuse to swim as soon as someone suggests it.

“The Guy Doug Your Wife Fucked When She Was Nineteen”
The other night at dinner a friend asked if I was going to get a cat when I moved into my new place. I replied, “I can’t because I don’t want to deal with the inevitable death of the pet, the same reason I don’t want to get another girlfriend. I don’t feel like dealing with the eventual end of a relationship” I guess it’s part self-deprecation “humor” and partly true. I barely get attached to anything, people, places, opinions. This kind of rampant unsettling train of thought happening 27 hours a day. I guess everyone is like this right? 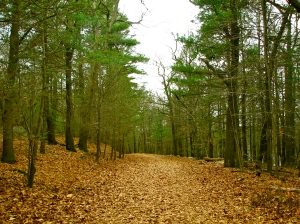