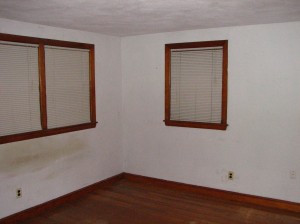 Somehow I got myself into a situation where a woman was sitting across from me telling me about how her Halfling character killed some beast with one eye with an enchanted crossbow (that was also flaming). I can explain.

I recently stopped using the dating site I was using as I was hanging out with a nice young lady I met on there for a little bit. I briefly mentioned her after my second one as she wrote me the morning after that date. Of course I managed to fuck that up but I’m not going to talk about that. I’m an idiot like that.

I was still getting messages from “the Kid Rock lady” as recent as last week. Just weekly one word e-mails “Hi”, etc. and then I got an e-mail from a woman named Jessica. She apparently liked my profile and when I went to check hers out it mentioned she played Dungeons and Dragons. It didn’t even matter what she looked like, I obviously had to meet her.

I don’t play Dungeons and Dragons anymore, especially since I discovered orgasms and I don’t know, eating. I have two Dungeons and Dragons stories. The first one involves me breaking the law. In Dungeons and Dragons there is a person named the Dungeon Master, or “DM” (check my profile pic). He pretty much controls everything in the game aside from what the players do. He maps out the adventure for you and is responsible for keeping the game interesting and challenging. A good DM should obviously be smart and have a good imagination. The DM my friends and I first used was an older boy named Andrew. He lived two doors down from me and was the ultimate nerd. Granted I was playing Dungeons and Dragons, I still kept my hair long and feathered, and my heavy metal t-shirts nice and tight on my little chubby self. This was 1983. I was in between heavy metal and punk rock, I was 14 years old, confused, covered in acne and had an active imagination. D & D was right up my alley. Andrew though, he was just a nerd. Math team, glasses that made him uglier, greasy hair, probably making millions of dollars now doing something amazing while I go on shallow dates with women, you know. So Andrew was our DM and he always had particularly hard dungeons he set up. At one point in the middle of a month long “campaign” he went away to New Hampshire with his family. My friend and I decided it would be a good idea to break into Andrew’s house so we could find the maps. Of course after spending a few scared moments rifling through his room we realized he probably took them with him and left.

My second Dungeons and Dragons story involves a stripper. We had another DM named Chris. Chris was this big dude, tall and fat, big white dude afro. He was also older than us, not as good as Andrew was, but he was okay. At one point when he turned 18 and we were all still 16 or so his brother held a birthday party for him. He hired a stripper. So in the basement of Chris’ parents house was a group of six or seven of probably the nerdiest looking kids you’ve ever seen in your life, and a stripper. I had a girlfriend at the time, but was still awkward around women and I can only imagine what this scenario was like. I wish there was a video of this as it may be the saddest video you could ever see, like sadder than watching a video of an old woman falling down and breaking her hip.

Those are my two biggest memories of Dungeons and Dragons. I recently bought a bunch of the old books again just to see them thinking I might get back into it at some point. Yeah right.

I replied to this woman and mentioned to her how I used to play Dungeons and Dragons too! I just didn’t mention it was when Ronald Reagan was president. She wrote me back three minutes later telling me about her character in the game and we ended up chatting back and forth for most of the day. She suggested we meet sooner than later, like that night. She seemed a little more normal than my first date; we decided to meet at a Barnes and Noble in between where she lives and I live.

Again, on the Internet and dating sites in general, the photos people post are (obviously) the best possible pictures they can find. Sometimes the pictures posted are jaw dropping. A faded photo where a woman has teased hair and stone-washed jeans…and a beeper, sideways photos, photos of pets, children, landscapes from trips they took, etc. I understand people are insecure and want to look their best or hide but come on, try a little harder maybe. Jessica had two photos up and neither really told much of a story. I certainly was not talking to her because of her looks. I wanted to meet a woman who played Dungeons and Dragons! Even when I played as a teenager there were never any girls playing so this seemed like a good idea. Also, I was kind of bored and was having a low self esteem day.

We met outside the store and she went to shake my hand and I gave her a sort of half-hug thing that was awkward and weird right off the bat. My first thought upon seeing her in person was “yeah I would never have sex with this person”. She looked like someone but I couldn’t place who it was. This bugged me for the majority of the “date”…well, until I figured it out.

Jessica was a little pushy. She had a personality that I don’t think I would be able to hang with at all. We sat in the coffee shop at the bookstore and talked for a few hours. She was another person who didn’t get the music part of my profile. Maybe I should just write that I am extremely hip and a music snob on there. Then I wouldn’t have to have these kinds of exchanges with anyone:

“I saw Alter Bridge in concert and they were amazing!”

I have no idea who Mark Tremonti is. Well, now I do because I had to Google “Alter Bridge” so I could remember his name. As it turns out Mark Tremonti is a founding member of Creed! Wow, that is one thing I never wanted to know. I knew there was a guy named Scott Stapp that sang for Creed and that was it. I’ve never heard them and was trying to never hear them or know nothing about them aside from that guy’s name and there was a connection to Christian rock. I wonder if when I die I will get the time back I spent having that conversation with her about Alter Bridge (it went on a little longer. Apparently the singer can “really sing” and she got a thumb drive shaped like a guitar with a recording of the concert on it), the time I looked up information to get Mark Tremonti’s name and now writing this. I bet Mark Tremonti would know.

She then wanted to check out my tattoos, so after seeing the (two) dragons, wizard, Teenage Mutant Ninja Turtle and various other dude bullshit I have on my arms she points one out.

“The Mexican God of Death”

“No it isn’t, it’s Achmed the Dead Terrorist” she says in a horribly executed Middle Eastern accent

“No, it’s the Mexican God of Death”

“And look he’s sitting there with his arms crossed like a rapper…like Eminem!”

“Well, he is usually perched on top of you know, like a pillar”

I’ve never seen any of this Jeff Dunham person’s stand up, but I know the audience he caters to and a good friend of mine who generally has great taste in stuff completely despises him so I just assume he is awful. I can still hear her and her voice saying “ACHMED THE DEAD TERRORIST!” and it’s very upsetting to me. Not as upsetting as whom I finally realized the woman reminded me of physically: PHILIP SEYMOUR HOFFMAN. While sitting there, maybe an hour or so into hanging out it came to me and I have to say it sealed my decision to most likely not have a second date with her. Even if she had turned out to know all sorts of things about John Coltrane and been into Mick Taylor era Rolling Stones the Philip Seymour Hoffman thing was now in my head and it wouldn’t go away.

While this was a public date and I didn’t get to survey one of those depressing lonely apartments, she pretty much turned me off personality-wise and I can just assume her apartment is filled with stacks of horrible books on dragons and the smell of lonely. On our way out of the store she stopped us and kissed me on the lips for a second. A half hour later she texted me “I could get used to that kiss”. I didn’t reply and haven’t heard from her since.