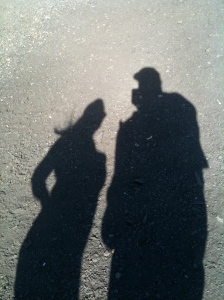 I recently decided to try online dating for the first time. If you thought it was just cold in New England temperature wise, you should try meeting people here, they’re all just as cold.

I won’t name the site I used for this, but out of the few I checked it seemed the best. I assume they are all about the same. You can see who is viewing you, it’s free and you can send vague, brief messages to women similar to what I used to do when I was a teenager.

The mere thought of going on a date with a woman I chatted with online once or twice and maybe spoke on the phone for an hour with is a truly frightening thought, but I ended up diving head first into this…twice.

I put my profile up on a Thursday night. My profile is pretty generic, but to the point. I hate boring women, I love music, humor and travel. I have a few pictures up some of me smiling, some of me with a guitar. From what I understand chicks dig dudes with guitars. Since I’m kind of a creepy looking guy, the rare pictures of me smiling seemed to help.

I looked around and saw a few ads that seemed interesting and sent a brief message. Most responses I got were pretty generic and as I learned over the next couple of weeks, most women on there have no idea how to hold a conversation. At least with me, if I wasn’t interested in someone I just didn’t respond to message(s) they sent. One message I got out of the blue from “PatsFan122” read “Want to chat? You came up in mututal (sic) match” That’s all it said.  As it turns out, most people on here don’t read your profile. No surprise. I read the majority of the profiles unless they were too wordy or not wordy at all. I’m not going to lie though and say I just pass right by profiles of women I don’t find any physical attraction to. Anyone who says otherwise is lying. I think it was Bob Dylan who said “life is too short for ugly women” Or maybe it was Dylan McKay from Beverly Hills 90210.

A week or so later, on a Sunday afternoon at 2:07 PM, the day before a holiday I get a message from a 43 year old divorced mom “with kids”. We write back and forth for a good hour or so, there are a few grammatical errors in her brief replies. She then suggests we talk on the phone and just sends me her phone number.

She has a pretty thick Massachusetts accent, which is kind of a bummer, but I knew this was coming. We talked for about an hour, and then she invited me over to her place to “watch the Red Sox and drink some beers” So the minute this woman started writing me I pretty much knew there was nothing in common, she clearly did not read my profile too well and I wasn’t necessarily attracted to her but she wasn’t hideous or anything.  If anything this would give me some practice hanging with a complete stranger, even if said stranger was COMPLETELY FUCKING CRAZY.

I arrive at her Section 8 apartment building about twenty-five minutes after talking to her, about five hours after receiving my first message from her in my inbox. There are two ways to get into the building and I call her on the phone a little confused as to where to go. She looks pretty much like she did in her photos. She is short, thick, dyed blonde. She opens the door and immediately says “oh I told you to go to the other door” These kinds of “bossy” comments happen throughout the night. Her 11 year old son is with her dad for the evening, her 22 year old son does not live here anymore. She has obviously been smoking and drinking for most of the day. There is an ashtray full of thin white cigarettes on a messy coffee table that also is covered in bills, three or four remote controls and three Bud Light cans. For whatever reason apartments of single women always have some sort of sad quality to them. She suggests we go get some beer. I don’t really drink beer that much, and although I’m far from a beer snob I’ll drink semi above average beers when I do. She says she will drive us to the liquor store. We get in the car and drive to the liquor store that is literally about 70 yards from her building. I could probably hit a golf ball with an aluminum softball bat further away than we just drove. She asks what kind of beer we should get and I of course immediately answer “Budweiser” I get us a 12 pack of Budweiser and pay for it on my debit card. I briefly think I should have paid for this with cash so there is no paper trail and then I remember I am not married. She buys herself a pack of cigarettes, some cheap brand called “Maverick Lights”

Upon arriving back at her place she suggests we play on her son’s Playstation. She wants to play her favorite game, Jeopardy. She is “awesome at it and never loses” Before this happens though she needs to make a phone call…I mean three phone calls. She first calls her son who apparently was out playing dodge ball with some kids while his mom was home with some man she met an hour ago. She then needs to call her mom for some reason. She puts her mom on speakerphone and talks to her for forty five minutes. They are shooting the shit about “Cathy” and “that new restaurant” and whatever other boring shit women in their thirties talk to their mothers about. Thankfully the Red Sox game is on and they are winning.  She then calls her best friend “John” and puts him on speakerphone and lets him know she is hanging with her “friend Chris” He sounds as bored as I am sitting there. He just returned from a day out fishing. He didn’t catch anything aside from a nap before she called.

My intense first date with Donna finally resumes and in an attempt to set a mood for us she decides to play some music.

“Are you fucking kidding me, of course I do!” is my answer. Me, the guy whose profile clearly states that I love The Clash, The Rolling Stones, Bad Brains, The Specials, Wilco and The Smiths.

Of course the Kid Rock is on the loudest volume possible about four feet from my left ear. In my life I’ve heard a few Kid Rock songs. They usually show up on a radio I have no control over. On this night I got to hear a whole hour or so of his music. I guess I still don’t consider myself a fan of his music after hearing a whole record. In fact I think I would rather listen to a drunk guy (with mittens on) try to play Blackbird by the Beatles on an out of tune acoustic guitar every day for the rest of my life than listen to a minute of Kid Rock again.

We then get our Jeopardy on. To say I beat her would be an understatement. I think the final score was something like $9100 to $250. At one point in the game there is a question in the “Art” category.

“ooh I hate aht, you into aht Chris?”

I realize I might be getting a slight buzz from the three Budweisers and four or five shots we have taken up to this point. I’m still able to beat her by correctly answering “What is Impressionism?” to the clue “ “19th Century art movement in Paris….” She answered “Mona Lisa”

I think I’m in love.

Even if she’s smoked about eleven cigarettes by now and clearly has drank me under the table.

Donna now decides we should listen to more music seeing as I have beaten her at Jeopardy. She starts going through those music channels on her TV set and playing a minute of a song and then changes it. Lady Gaga. Bruno Mars. Cee-Lo. Justin Beiber (really).The volume is at a level where we can’t really have a conversation. She does this for about forty five minutes in this bizarre blur of attention deficit disorder and this weird regressive childlike manic episode. I begin to think of a way out.

“Donna, I should probably go home soon, it’s getting late”

The conversation before the music came on somehow turned to politics and she of course did not like Barack Obama because he was black and would “probably vote for Trump if he had run” There were a few pretty bad racist comments made as far back as our first phone call.

I guess the main reason I went on this “date” was out of curiosity and just because I pretty much knew how surreal it might be. Stepping into this world I normally wouldn’t ever go to; drinking Budweiser and blaring Kid Rock with my racist date.  I chalked it up to a funny experience I could write about and tell people about. I always talk to anyone who approaches me, sometimes much to the dismay of people I am with.

On my way out I told Donna that she really should be careful whom she invites to her place. It’s really none of my business, but obviously there are some sick people out there, but also I guess there are men out there who would have been perfectly comfortable on a date like this.

A week later I had another date. It went relatively better than this one did, but there was no click. Actually, it didn’t really go well either. I’ll get to that one next.

One thought on “Adventures in Online Dating Pt. 1”